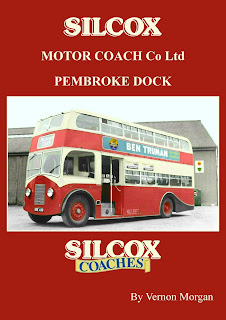 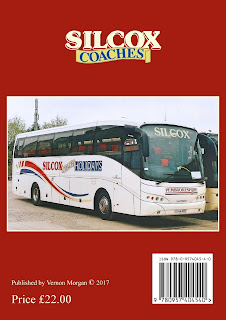 Silcox Motor Coach Co Ltd, were for many years Pembrokeshire’s largest passenger vehicle operator, at their peak operating no less than 74 vehicles on local services, contract services, private hire, tours, excursions and holidays extending to all parts of Great Britain and Europe.
The humble beginnings of this well renowned family concern began in 1882 when William Luther Silcox migrated from Trowbridge, Wiltshire to open a saddlery business at the new military town of Pembroke Dock. The business at Water Street slowly expanded to occupy adjoining buildings when he became a cycle agent and later a motor cycle agent.
W L Silcox’s eldest son Luther John Watts Silcox joined the thriving business and qualified as a cycle repairer after training at the BSA cycle factory in Birmingham. The business steadily expanded to include a taxi service, car hire, and a motor car agency, with car sales and repairs.
When W L Silcox passed away in 1911, his fourth son William Howard Silcox joined his brother Luther to run the family business which continued to expand taking over a local bus company previously owned by John Rowline Ford of Pembroke in September 1933. This was an ambitious step taken by the Silcox family during the economic depression of the 1930s, with an exceptionally high number of unemployed in the area after the R N Dockyard’s closure.
However, the business prospered during World War 2 due to a large military presence in the area, and in the early post-war period, an acute shortage of new buses prompted the company to build their own ‘unique’ bus and coach bodies, most of them on Bristol chassis – the General Managers preference.
Expansion continued, absorbing the businesses of E C James, Pembroke in 1948, G B Rees, Angle in 1949, The London Road Garage, Pembroke Dock in 1952, D J Morrison and Grey Garages, Tenby in 1958, with contract work arriving from the construction of three oil refineries and oil terminals in the area during the 1960s. Additional contract work came in later years with the construction of Pembroke power station and the L N G terminal.
The limited company – Silcox Motor Coach Company Ltd, was formed in December 1960.
Throughout their existence Silcox had gained a tremendous reputation, having reliably served the travelling public of south Pembrokeshire with an excellent transport network for almost a century. However, the much loved company with a name that had become a household word in south-west Wales, suffered serious financial difficulties which culminated as the directors attempted to source a buyer for the business. Their attempt failed, resulting in the company’s sad demise, being placed into administration on 6th June 2016.
The Silcox business was split between five operators, the largest part passing to Edwards Coaches of Llantwit Fardre, with First Cymru Buses Ltd, taking a share along with Taf-Valley Coaches of Whitland, Edwards Bros of Tiers Cross and Alun Phillips of Trecwn.
This publication gives a succinct history of the business which has previously never been told. Its 300 pages are illustrated with 430 photographs and other informative memorabilia covering the period, and has been produced as a tribute to the Silcox family and their devoted staff.