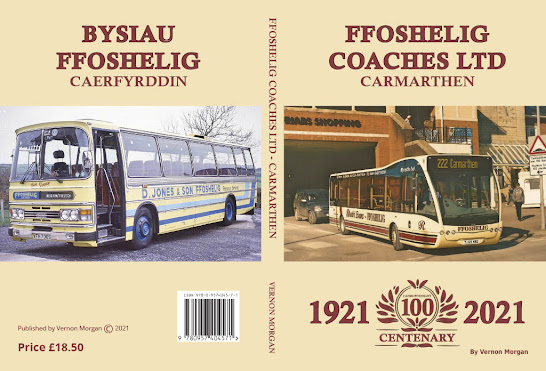 This publication has been produced to celebrate the centenary of ‘Ffoshelig Coaches’, currently the longest serving independent passenger vehicle operator in South Wales. Simultaneously, it marks the 25th anniversary of the business’s current proprietor.

David Jones, founder of the ‘Ffoshelig Coaches’ business, was originally a farmer at Ffoshelig Farm, Newchurch, Carmarthen, and diversified from farming into road transport soon after World War 1 ended, firstly with a haulage business, and soon after an omnibus.

He inaugurated the first passenger service to serve the hamlet and parish of Newchurch, and it can truly be said that David Jones was the ‘pioneer’ of public transport in that extremely rural community of north-west Carmarthenshire. He was quickly followed by numerous competitors, who fell by the wayside or were eventually absorbed. The haulage business was later sold to a local competitor, in order to concentrate entirely on passenger transport.

One of his two sons, David Desmond Jones (known as Des), joined the business after relinquishing his teaching post, taking control upon his father’s retirement. Des modernised the fleet with new and second-hand coaches, expanded the network of services, and introduced a tours programme, which included Holiday Tours. Furthermore, he built a completely new workshop at the depot.

Des Jones however, decided to retire from the business, on the company’s 75th anniversary in 1996, but strangely, no one was prepared to absorb the whole business, resulting in its break-up into three parts.

Former part-time ‘Ffoshelig’ driver, Phillip Rhodri Evans, who similarly had a background in farming, absorbed the main portion of the business.

Rhodri had already established himself as a coach operator some nine months earlier, operating from the family’s farm, at St Peters, Carmarthen, and after absorbing the larger portion of Ffoshelig’s business, moved his operating centre into Ffoshelig Garage, at Newchurch, maintaining the same high standards as his predecessors, the Jones family, retaining the Ffoshelig Coaches title along with the livery.

As time progressed, the business retreated back to Rhodri Evans’ original premises at Maes y-prior, St Peters, Carmarthenshire, where it remains today in 2021. 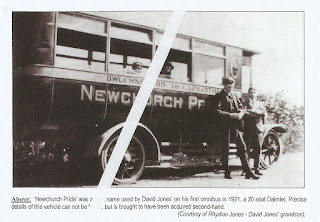 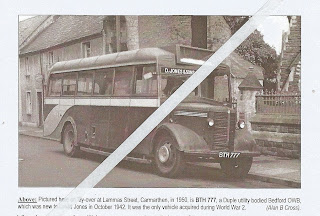 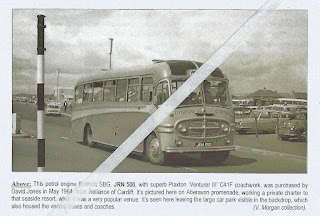 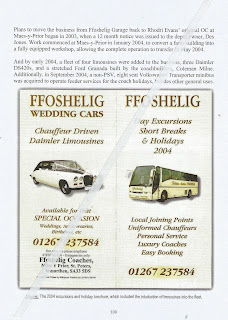 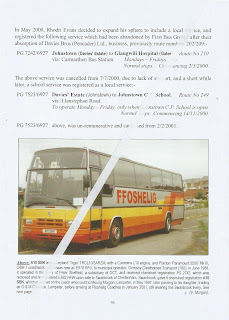 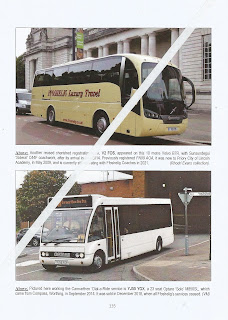 230 photographs and other memorabilia.

Obtainable through this website:  Vernon Morgan.com (payable via Paypal),

and at Amazon. (Please note, Amazon prices are a lot more expensive).