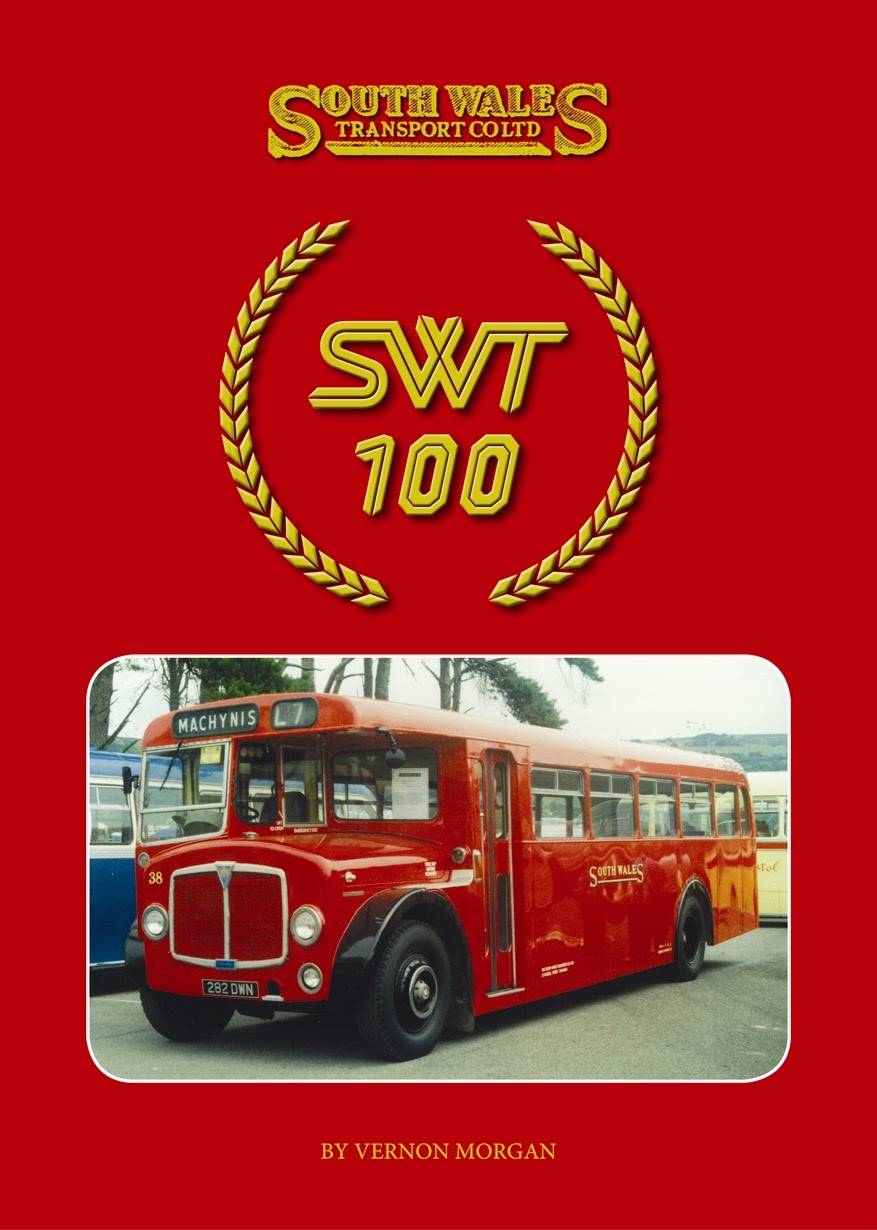 My new book has been published, and within a matter of just three days, I am delighted that 46 books were requested and sold, before the book was even publicly released!

The book has been produced to celebrate the 100th anniversary of The South Wales Transport Company Ltd., once a subsidiary of the privately owned British Electric Traction Company Ltd.

It includes a brief history of the company, together with a pictorial history with 400 views and a family tree which records the 168 companies involved in the structure of the company.

The company continued to be privately owned by BET until 1967, when all the bus operating interests of BET passed to the Transport Holding Company, a state owned by NBC. This resulted in a management buy-out of SWT, and three years later the privatised SWT was sold to Badgerline Holdings. In June 1995, Badgerline Holdings merged with Grampian Regional Transport and formed First Bus PLC.

The SWT name and licences continued to be used by the new owners until 1999.

To purchase my new book, please click here
Posted by Vernon Morgan at 16:05